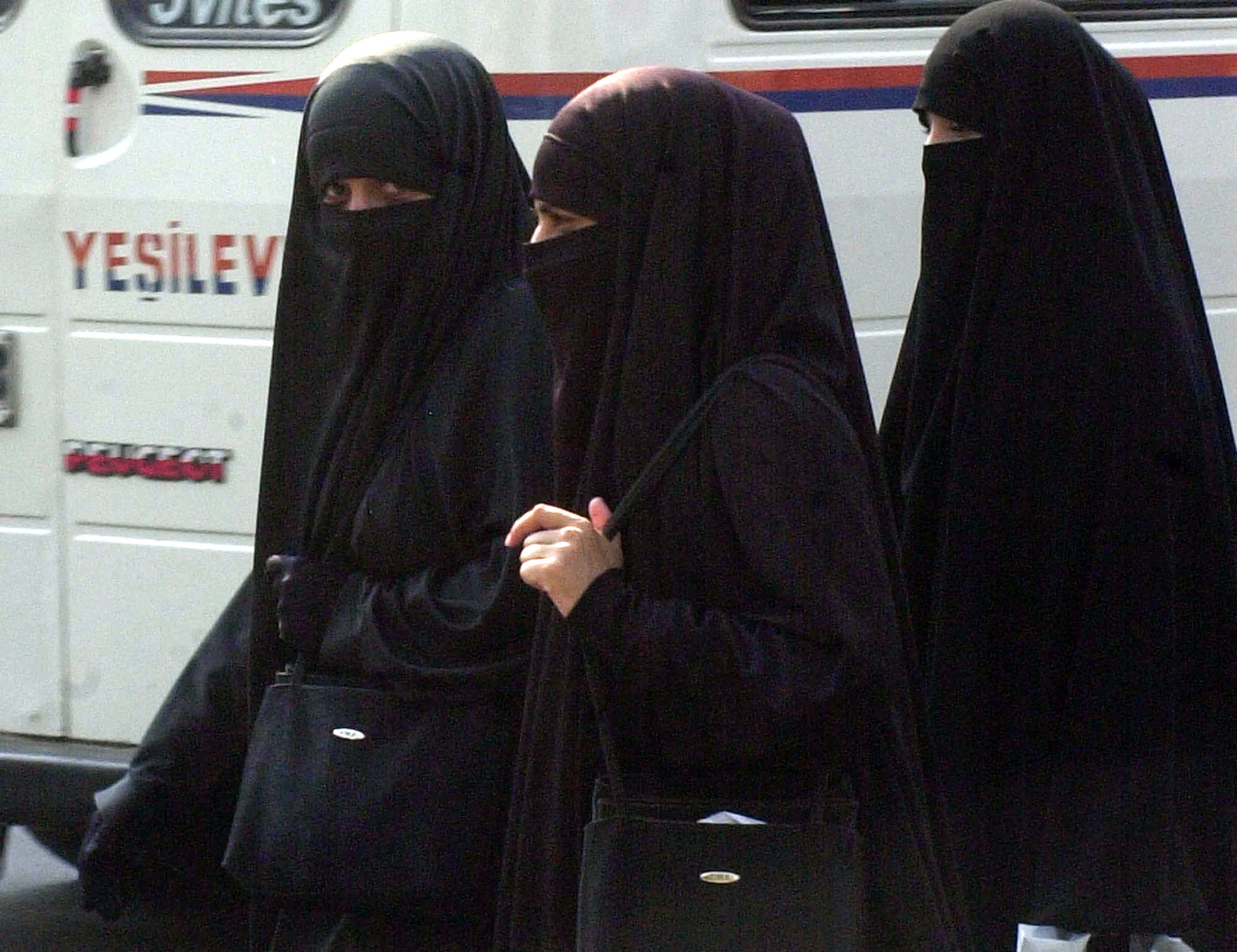 In the global debate regarding the dress codes for Muslim women, one important factor is often overlooked: The fact that depriving a human being from live-giving sunlight and air represents physical torture. Indeed, this form of torture has been used for centuries in prisons.
It has long been known that the average human being requires a certain amount of sunshine on a daily basis in order to be healthy. Under the right circumstances sunlight creates vitamin D in the oils on the skin, which is then absorbed into the bloodstream and helps generate health throughout the entire body, largely serving to assist calcium in bone formation.

It has also been understood for many years that purdah--the custom of sequestering women from men, forcing them to remain indoors and to cover up the bulk of their skin--creates a serious disease called osteomalacia or "bad bones." Writing decades ago, famed nutritionist Adele Davis stated:

"Osteomalacia. This disease--its name literally means bad bones--results primarily from a severe vitamin-D deficiency. Arabian and Indian women who keep themselves heavily veiled frequently develop such painful backs that they can scarcely rise; and they suffer multiple spontaneous fractures and have extremely rarefied bones, all of which clears up dramatically when vitamin D is given them." (Davis, Let's Get Well, p. 256.)

"Sir Robert McCarrison, the great English physician, wrote of osteomalacia in India among the Mohammedan women observing the custom of purdah. These women veil their faces at adolescence and rarely go outside their homes."

In this same regard, in Deficient Sunlight in the Aetiology of Osteomalacia in Muslim Women, Dr. OP Kapoor states:

"...in most of the Sunni Muslim women (who form majority of the Muslims), in spite of high intake of calcium, osteomalacia is often seen. There are two reasons for this:
"1. Use of burkha which prevents sunlight reaching the skin.

"2. Living indoors - most of the Muslim women specially those staying in the Muslim localities, do not move out of the house and thus are not exposed to the sun and often develop osteomalacia."

As we now know, vitamin D is necessary for a variety of other metabolic processes in a healthy individual. Moreover, sunlight has other positive effects besides vitamin-D production. For one, it is necessary for the production of the hormone melatonin through the eyes. Thus, Muslim women who wear the full burkha* are deprived of this health-bestowing chemical as well, which is necessary for proper sleep and, consequently, mental health. Also, merely taking vitamin D or melatonin supplements would not make up for other potential health benefits associated with adequate exposure to sunlight, and supplements are not the best choice for optimal health in any event.

In addition to developing bone and other problems from a lack of vitamin D and melatonin, covered women are deprived of fresh air on their skin, which is the body's largest organ. Hence, the skin is not given the opportunity to breathe adequately. Furthermore, the color of choice in covering up women because of "religious" purposes is often black and sometimes blue, undoubtedly creating much sweltering and heat stroke in the very hot regions in which this clothing is traditionally worn.
While the emotional, mental and spiritual problems with forcing a woman to veil herself may be increasingly clear, the grossly under-explored factor in the burkha/niqab debate is the toll on women's physical health. The bottom line is that veiling women and depriving them of life-giving sunlight and air represents physical torture - especially in heat-absorbing dark colors - on a mass scale. How many women are suffering horrendous health problems, exacerbated by being forced to give birth repeatedly, because of this oppressive custom? In the veiling of women, then, we are looking at a serious and appalling health crisis affecting millions worldwide.

* There are many forms of oppressive dress for women within the Islamic world, compelling us to learn these terms:

So obsessive is this women-oppression that there are reputedly over 100 terms for bagging females.

Join me tonight, June 22nd, at 8:00 PM EST/5:00 PM PST, on the "Thunder" show on BlogTalkRadio.com. We will be discussing the summer solstice and "Horus crucified." I will also be answering a few questions about my work.

The chat room on BlogTalk Radio is very lively, so come on in.

Be sure to set a reminder on the BlogTalkRadio page so you don't miss it!
Posted by Acharya S at 11:45 AM No comments:

I thought everyone would like to know that I've just added TWO new gifts for everybody who gets my book "Christ in Egypt: The Horus-Jesus Connection" through my website!

Now, when you order CIE directly through me, you will receive THREE ebooks f.ree:

"The Acharya Articles Collection"
"Who Was Jesus?"
"Jesus as the Sun throughout History"

Here's yet another great review of CIE by ex-missionary Brian Redmond:

"The title of this work, 'Christ in Egypt,' will bring to mind the Biblical story of Christ's flight into Egypt as a baby; but, rather than the story of a mythical sojourn within Egypt, this is a factual account of the process by which the whole Christian story actually emerged from out of Egypt; and it will set people free.

"It will set people free from the burden of having to say they believe things which countermand their intelligence and the errors and inconsistencies found in the Gospels, which Ms. Murdock elucidated in her previous work 'Who Was Jesus? Fingerprints of the Christ.' It will set people free to think for themselves as Acharya -- a teacher indeed -- shows us from impeccable sources what the people who lived in the Nile Delta 2,000 years and more ago: Egyptians, Jews and Greeks and others, thought and felt; and how their aspirations coalesced to give us the tales found in the four Gospels.

"It is a story of human striving to make sense of the world, and how our passion to do so can overrrule our integrity as we struggle for a foothold in a turbulent world. D.M. Murdock, in this tour de force, gives the people of this age a firm foothold upon which to base our own clear-eyed view of how we came to be what we are, and the inspiration to build upon this rock, not another church, but a community of individuals who base their opinions on evidence and engage in civilized discourse."

To get your copy of this blockbuster of a book - plus three f.ree ebooks! - go to:

P.S. If you already have all these writings but would like to help out - I really need help right now, as I finish up my new book "The Gospel According to Acharya S" - please go to this page:

Labels: acharya s, christ in egypt, d.m. murdock, ebooks, horus-jesus connection, jesus as the sun throughout history, who was jesus

The Gospel According to Acharya S

I have just updated the page for my latest project, so take a look!

The Gospel According to Acharya S
http://stellarhousepublishing.com/gospel.html

I've included an extensive Table of Contents, highlighting the numerous subjects I am addressing in this new book. If you read the old Gospel online, note that this paperback edition one is expanded and updated. I've written a new essay, "Born in Sin?" and have included "A Truly Sacred Scripture" from my blog as well.

Here's a little taste from the Prologue:

When I first wrote these essays in the early 90s, those who read them thought they were revolutionary—and unpublishable. The publishing industry back then was such that if you did not have a publisher of significance—and there were relatively few—you could expect to sell a handful of copies and to remain obscure and unknown. Writers were at the mercy of overburdened editors and their massive slush piles. Once the internet became fairly popular, however, revolutionary writings such as these found a home, as did eventually also the world of small publishing using print-on-demand. The internet is the great equalizer, as self-published or small publisher books compete side by side with the big-name companies, and a controversial book like this one becomes a feasible project. What you are holding, therefore, is something that would have been difficult if not impossible to create and propagate just a couple of decades ago. In the future, with the push for censorship as concerns religious cults, such a book may again become nonviable, banned and burned. In this regard, read it while you can, before it is put on the Index of the next Inquisition!

Enjoy! With any luck, the book will be finished and available within a month or so.
Posted by Acharya S at 12:01 PM No comments:

Labels: born in sin, d.m. murdock, gospel according to acharya s, what is god

Here's a sneak peak just for my blog subscribers of a new article hot off the presses. I created this illustrated article in order to clear up the widespread confusion regarding the claim that the Egyptian god Horus was "crucified."

"There are more things in heaven and Earth, Horatio, than are dreamt of in your philosophy."

Enjoy!
Posted by Acharya S at 1:28 PM No comments: