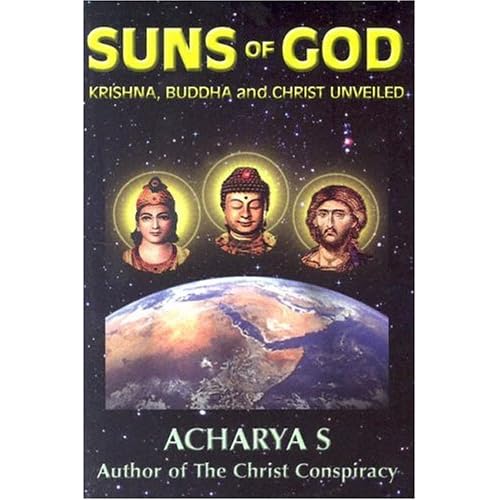 Contrary to rumors by those who have not read my books, I do not simply "debunk" religion. In actuality, I love religion, and I am attempting to cultivate carefully the good parts, while incinerating the bad. The spirit with which my writing is meant is wonderfully encapsulated by a lovely Indian person who recently wrote a review of my book Suns of God: Krishna, Buddha and Christ Unveiled.

I am impressed by the wisdom and maturity with which this devout "keeper of the dharma," as he calls himself - from a Brahmin family - read and appreciated my book.

Brilliant work and full of relevant facts,
DM Murdock aka Acharya S had written a detailed sketch of the transition of the ancient beliefs that later turned out to be the religions of both the east and the west. This book clearly shows how much research a person writing about historical and religious issues must perform and how sensitive the information can be for certain groups. I am a Hindu and I have always held true that Dharma - the righteousness preached by our religion is very close to the Goodness in human nature. Rules are transient and with technology they are even more transient. Forcing rigid medieval dogmatic rules seems to have gotten worse in the modern age with Christians using new and new means to propagate the Church. On the other hand the Islamic world is under dark cloud of the fundamentalists. This book is a crucial read for not only hard core atheists and agnostics, but to every devoted Dharmic, Christian, Muslim, Jew or Buddhist who want to know how man wen on to establishing theology and religion from ancient times till date.

As a Hindu I do not take any offenses by the book. In fact the book clearly states that Vedic principles are indeed the oldest surviving religious works and all religion in the world had directly or indirectly emerged off a set of common beliefs which the Vedas are the most undisturbed or un spoilt source. As a rational human beings we can reason and think logically of religion and spirituality differs. How political is religion and how religious is polity!

I know that many groups are offended by the writings. Honestly we need proper dialog and discussion fora - bickering, censoring or fighting over such issues of hurt sentiments only strengthens the cause of political - mindied religious activists and makes the real thinking people less powerful!

I also received a kind email from this gentleman, with whose permission I have excerpted here.

...I belong to the Brahmin caste, and I feel proud that we have been preserving our heritage for more that 4,000 years. Our lineage goes back to the seven Wise sages (Saptarishis - named after the seven bright stars of the Ursa Major).

I took the pleasure of reading your Suns of God book...and, boy, I was clearly impressed by your erudition and grip on the ancient world....

Too much valuable evidence has been destroyed via book burning and history rewriting right from the Byzantine Empire, through the Mongol invasions, Christian and Islamic conquests and crusades, and, like you, I think that it is really important to establish the true history of that period....

The way Christian missionaries are rampantly "harvesting" poor Indian tribals and natives, destroying our heritage and preaching an alien and unscientific religion is really agonizing....

Thanks and Regards,
S. Kulkarni

Another Indian fellow also posted a five-star review of Suns of God on Amazon.

Christ and Krishna--similar solar deities,
This is a superb book. There are books on the mythical nature of Jesus, particularly "The Jesus Mysteries" and its sequel "Jesus and the Lost Goddess" by Timothy Freke. Freke goes in-depth into the very nature of mystery myth deity worship, whereas Acharya S tends to focus her scholarship on the nature of these solar deities: Christ, Krishna, and Buddha. Enough scholarship to have been awarded a Ph.D., though unfortunately, in the American academic world, to question the historicity of Jesus is to ask for trouble and indeed not ever attain the status of professor of religion. Hopefully things will change.

I make a point of showing Indian support for the reason that there are those as fervent about Hinduism as Christians are about their faith, and over the years some have become upset at what they perceive as an affront in my work. Most if not all of the time, said individuals have not read my work to any extent but have heard rumors about it. As we can see here, my work can be appreciated for its very purpose: Getting at the truth behind the world's religious ideologies, wherever that may lead.

Unlike the supernatural genesis often attributed to a given religion, the reality is that humanity's spiritual ideas possess a history. The various theologies date back thousands of years and did not arrive fully blown in the minds of certain chosen people but, rather, evolved as naturally as any other subject.

"My work - especially as exemplified in my book Suns of God - represents a one-of-a-kind, in-depth look at the origins of the world's most popular religious concepts."
Be sure to check it out! 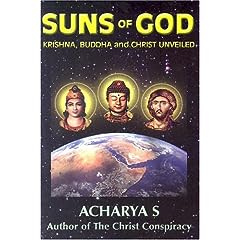 Can Religion be Humanized? 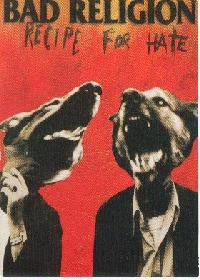 For thousands of years, the world has been in an almost constant state of religious tension, dispute and violence. During this time, humanity has been hit with a continual wave of religious fanaticism that enslaves the body, mind and soul to a heinous and oppressive ideology. This pathology is obviously innate to the human mind, unfortunately.

Fortunately, what is also innate to the human mind is the desire to be free and liberated from all enslaving and degrading regimes and ideologies. The pathological and oppressive aspect of the human mind also possesses the megalomania to associate itself with "God," the greatest power of the cosmos. Hence, this criminal element that desires to enslave and exploit humanity passes itself off as a "religion."

Let us challenge all those of a religious bent to show us the humanity within their religion. In the case of the fanaticism that frequently defines a religion, the problem is, if this fanaticism becomes less harsh, cruel, brutal, intolerant and violent, it won't be the same religion anymore.

All free, liberated and sovereign beings need to ask fanatical religionists to demonstrate the humanity of their religion. Such a demonstration would mean allowing the following:
Just as is abusing their minds, beating children physically because they are not learning or accepting a religion is EVIL. Leave the children alone! They will develop naturally as healthy and happy human beings - and if there's any true religion on planet Earth, that is it! Nothing more and nothing less.

The children know what life is all about - let them be children.

And let the children show YOU the way out of the manmade HELLS created on Earth because of religion. No decent god worth its salt would be interested in the oppressive and brutally anti-human psychosis that passes itself off as "religion" on this planet.

To humanize the current violent, malevolent and woman-hating religious fanaticism is to change it utterly to the point where it no longer exists. To humanize this sort of religion, therefore, is impossible, because it is so entirely inhumane and anti-human.

In the long run, that which is truly humane in any given religion, what constitutes common decency and morality, is already intrinsic within the human mind and does not need religion either to create or sustain it. If religion is to serve any purpose at all, it must emphasize and develop that common decency and morality which provides the greatest chance for benevolence to thrive to its fullest potential.
Posted by Acharya S at 10:58 AM 32 comments: Links to this post